Meet a Local Hero – Ray Rodriguez Walks 9.11 Miles to Remember and Honor the Fallen of September 11, 2001 Ray Rodriquez honors all who were lost and affected by the attack on our nation, September 11, 2001. His ‘Ruck March’ in actuality, is in support of our lost, families directly affected, our first responders, our United States Military, our American citizens, and our Republic as a whole. What Ray is doing, my be small to a few, but it is huge to many! Ray will begin this years march, September 11, 2021, Saturday morning. He will swing by the ‘Remembrance Vigil’ in Downtown Castle Rock at 4th & Perry Streets beginning at 8:30 AM. Read More About the Event Here: Remembrance Gathering of Patriots

My encounter with Ray was brief. He was on a trek, and time was relevant to his mission. After capturing a photo, along with a few words, I could only show my respect with a handshake (yes a handshake), the respect to allow him to journey on, and a “Thank you for your service!”

According to my quick research, I discovered that Ray’s profile shows his service today is in the form of a U.S. Army Recruiter. As you will read his own words below, you will see that service in the U.S. Army is a family tradition. Now his 9.11 mile ruck march, is a new tradition.

“11 September 2001, I was in my 9th grade engineering class. Watching the news after the first plane struck. A couple of weeks later, my father deployed to Afghanistan to defend this great nation. 2005 came along, I graduated high school and shipped off to basic training. 2009 I deployed to Afghanistan. My father and I were in country at the same time. 2020 my daughter graduated high school and shipped out to basic. It’s a family tradition to serve, and it’s a new tradition to remember and honor the fallen of 9/11 with a 9.11 mile ruck march while holding Old Glory.” – Ray Rodriguez

Let us all give thanks for our men and women who serve in our Armed Forces, Police, Fire, Emergency Medical, and First Responders. There are, of course, many more who deserve honor. Many are you, the Citizen of the United States of America. When tragedy strikes, citizens respond right alongside our beloved, First Responders. 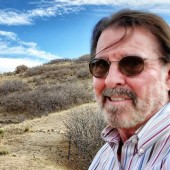 local business owners in castle rock: why you are needed more than ever! Current Homes for Sale in Castle Rock and Surrounding Areas.
See All Listings: